The Archivio Italiano di Urologia e Andrologia (Archives of Italian Urology and Andrology) is the most prestigious urological journal in Italy.

The journal was founded in 1924 by three of the most famous urologists at that time: Ulisse Gardini from Bologna, Giovanni Battista Lasio from Milan and Giorgio Nicolich senior from Trieste. These urologists were among the founders of the Italian Society of Urology in 1921 and all of them were Presidents of the Society at different times: Nicolich from 1923 to 1924, Lasio from 1928 to 1930 and Gardini from 1932 to 1934.

In 2001 Archivio Italiano di Urologia e Andrologia was given by Prof. Enrico Pisani, Editor in charge, to the publisher Edizioni Scripta Manent. In recent years the journal has increasingly assumed an international tone by publishing in English and co-opting numerous international experts to the Board.

In 2009 Archivio Italiano di Urologia e Andrologia was considered among the most important urology and nephrology journals in the world by SCImago. In the last 5 years about 20% of published papers was written by international researchers, with a trend to increase. In the journal are present reviews, original articles and case reports on every branch of Urology and Andrology.

It is reviewed by Medline/Index Medicus, EMBASE/Excerpta Medica, Medbase/Current Opinion, SIIC Data Base, Scopus and is also reviewed by the bibliographic database (PubMed) of the National Institute of Health (NIH).

Archivio Italiano di Urologia is the official journal of many Italian urological associations: UrOP, SIUrO, SIEUN and SIA. In the course of 2011 a section on urology nursing was established. 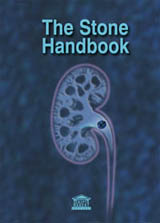