Attachment insecurity and alexithymia are assumed as the probable causes of emotional dysregulation in patients with Borderline Personality Disorder (BPD). The present study was designed and conducted to examine the mediating role of alexithymia in the relationship between attachment styles and Borderline Personality Symptomatology (BPS). In this crosssectional study, 153 patients with BPD were selected using stratified random sampling among outpatients referring to the psychiatric clinics in three major cities of Iran. Also, they were evaluated through the 20-item Toronto Alexithymia Scale (TAS- 20), Attachment Style Questionnaire (ASQ), and BPD Severity Index (BPDSI). On-way ANOVA and then Scheffé post-hoc analysis revealed that the scores of BPS and TAS-20, together with the scores of preoccupied, fearful, and dismissing styles, were higher in the alexithymia group, whereas the scores of secure style were greater in the non-alexithymia group. Furthermore, the results of hierarchical multiple regression analysis showed that alexithymia mediated the association between secure, preoccupied, and fearful styles and BPS based on the model proposed by Baron and Kenny. Hence, modifying the alexithymia need to be a goal of psychotherapy. In this regard, changing the effects of the problematic attachment styles via increasing emotional awareness may be effective in modifying alexithymia and BPS. 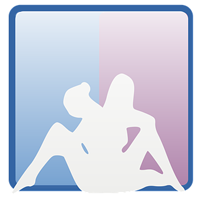 How to Cite
Khosravi, M. (2020). The mediating role of alexithymia in the association between attachment styles and borderline personality symptomatology. Health Psychology Research, 8(2). https://doi.org/10.4081/hpr.2020.8894
Download Citation

is an Open Access, peer-reviewed journal published by PAGEPress®, Pavia, Italy. All credits and honors to PKP for their OJS.